Meghalaya, the abode of clouds, is one of the most beautiful states in the North-East India offering a variety of sights, activities, food and festivals to the tourists. Well known for Cherapunjji, the place which receives one of the maximum rainfall in the world, Meghalaya can mesmerise you with its hills, valleys, lakes, caves and waterfalls which give it a beautiful look when covered with beautiful clouds.

Shillong is the capital of Meghalaya, and it’s the most urbanization you will see in the entire state. Shillong has a lot of leftover British colonial influence that is evident from the plentiful British architecture. Owing to the magnificent lakes all around the town, and the hills surrounding it, Shillong has often been called the Scotland of the East. The Umiam Lake (also known as the Barapani Lake), is one of the primary reasons why Shillong is compared to Scotland, as the lake with rocky hills in the backdrop is reminiscent of Scotland’s Loch Lake. Umiam Lake offers various water sports activities for tourists. Other important tourist attractions in Shillong include Elephant Falls, Shillong Peak and Lady Hydari Park.

Cherrapunji is famous for its rainfall, and it used to be the wettest place on Earth before the title was taken over by Mawsynram, which is less than 100 kilometres away from Cherrapunji. The city abounds in waterfalls, the most important ones Nohkalikai and Seven Sister Falls. The living root double-decker bridge is a famous attraction in Cherrapunji, where trekking and hiking activities are offered for tourists.

If you want to take a look at Asia’s cleanest village, don’t forget to visit Mawlynnong. Lying on the border separating India from Bangladesh, Mawlynnong is an amazingly clean village in Meghalaya where each and every street corner has a bamboo dustbin to ensure nature-friendly disposal of trash. The focal point of attraction of this village is the Sky Watch, which is a bamboo structure that offers sweeping views of the Bangladeshi plains from the top.

Meghalaya has a history of rich craftsmanship, and wood-carving and artistic weaving are important crafts here, especially in the Jaintia and Khasi districts. You can shop for cane and bamboo handicrafts, wood carvings, jewellery as well as dolls, clay toys, and tiny musical instruments from the little souvenir shops in and around the state.

Little is known about the history of Meghalaya other than Khasi kingdom which is known to take up a rift between the British government when it wanted to construct a rail line through this area to connect Bengal with Assam. A treaty was signed between the two parties only to be repudiated in 1829 by the local leader following the string of resistance by the public. However, later, the local rulers submitted to the British kingdom following the confrontation.

The tribal of Meghalaya continued living their lifestyle in seclusion until its leaders assented to join the independent India. In the early years, Meghalaya was under the United Provinces of Assam for administrative efficiency and management, but as demands for statehood arose, Meghalaya was awarded full statehood on January 21st, 1972.

Meghalaya can be visited throughout the year as the state has a moderate weather which is pleasant and comfortable most of the times. You can plan your trip to Meghalaya anytime during the year, but we recommend that you avoid Monsoons. While the ever beautiful state of Meghalaya looks like a lush green land and spreads a different charm during monsoon when the State receives high rainfall, you might not get to visit all the spots as rain might hinder your way.

With temperature ranging from 15 to 25 degrees Celcius from April to June, Meghalaya experiences pleasant climatic conditions during summers. It can be considered a good time to explore the unexplored corners of the town.

June to October is the monsoon months in Meghalaya. During these months, the state receives heavy rainfall. In fact, Meghalaya has world's two rainiest cities; Mawsynram and Cherrapunjee. If the objective is only to spend some rejuvenating time in the hills, monsoon could be an ideal time.

From October to February, the temperature in Meghalaya is between 4 and 16 degrees Celcius only. The weather is extremely chilly with dense fog clouding the vision. While the weather is enthralling, driving through could be a problem sometimes given the low visibility.

Umroi airport, located around 35 KM from Shillong is the only airport in Meghalaya where commercial flights operate from. A limited number of Air India flights (ATR42 type) are available from Kolkata per week.

Guwahati airport (GAU), aka Lokpriya Gopinath Bordoloi International Airport in neighboring Assam has many more scheduled flights to the region and may make for a more flexible, cheaper airport itinerary. It is about three hours away from Shillong by car.

There are no railway lines in Meghalaya. Guwahati is the nearest railway station located around 104 KM from Shillong.

Shillong is connected with Guwahati by NH 40. Various modes of transport including Shared taxis, Buses and private cabs ply on this route. The roads are good, it will take 2.50 hours in an automobile.


All Popular Destinations in Meghalaya 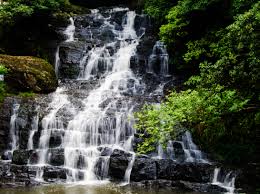 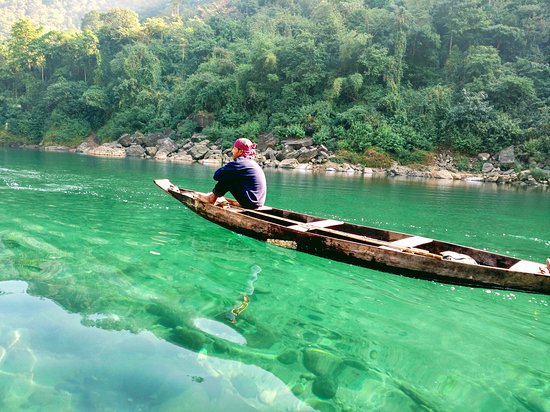 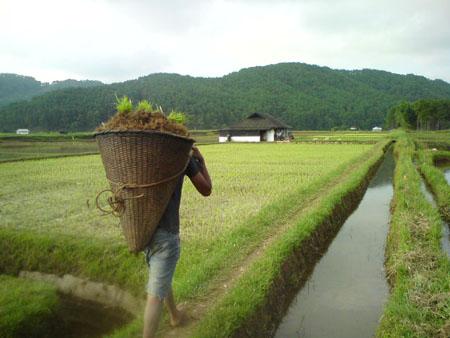